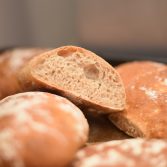 One of my strong experiences in Italy was getting to the local bakery during the morning grubbing a few fresh ciabatta loaves, then going to the grocery and picking up a good salami sausage and some parmesan cheese, making a simple and delicious sandwich hard to imitate elsewhere.

There is nothing like the crunchy crust of the ciabatta, it’s so crispy almost breaking in your mouth, this is all in contrast of the inner part which is soft and tender full of air pocket holes. 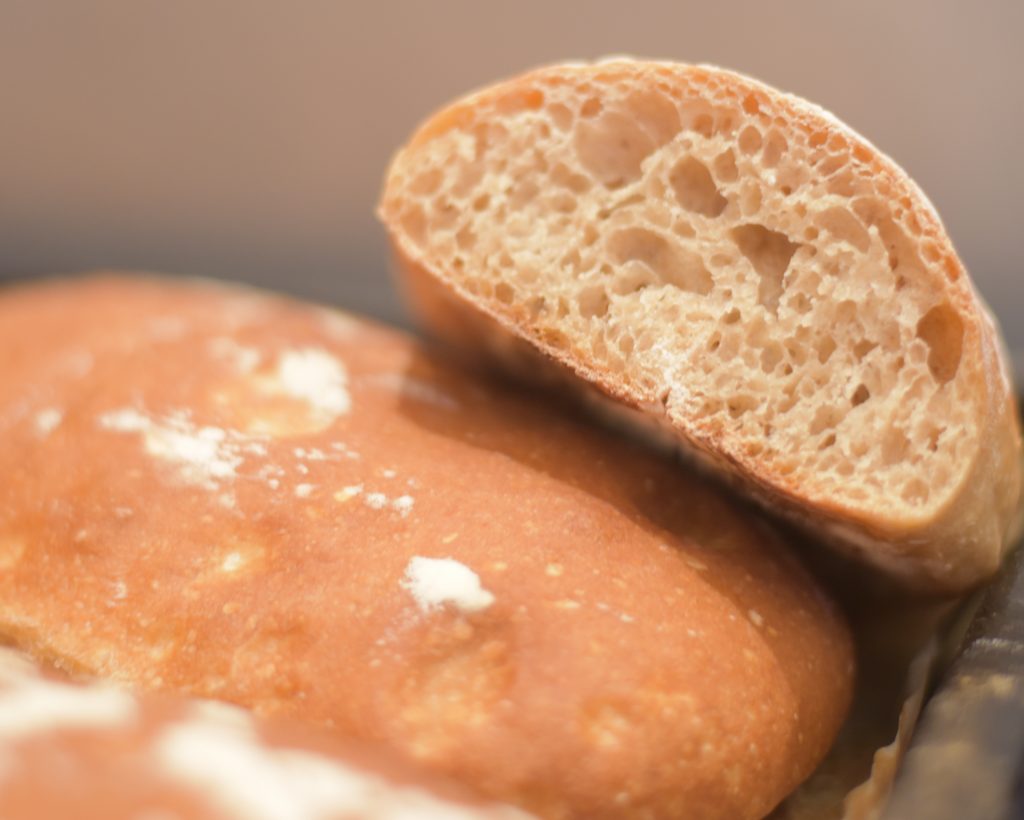 The history of ciabatta (hint… it’s not long)

We might think ciabatta bread been here forever but in fact it was invented in 1982 by a Verona baker called Francesco Favaron who wanted to fight the popular french baguettes and create an Italian version for a rich crunchy bread.

The name Ciabatta comes from the shape of the bread which is a rectangle and reminded Francesco his wife’s sleepers (Ciabatta).

If you haven’t experienced the ciabatta dough, you’re in to a surprise, it’s sticky and flexible, hard to shape and control, nightmare in every aspect for a baker, I would recommend using a spatula or dough scraper in order to fold the dough.

In this recipe I used a version by Jeffrey Hamelman which incorporates a Poolish into the dough, the use of the starter dough gives the bread an amazing depth of flavor and complex taste.

I have replaced some of the original recipe bread flour with whole-wheat flour, it adds another layer of rich flavor and does not make the bread a lot denser than if using only bread flour. 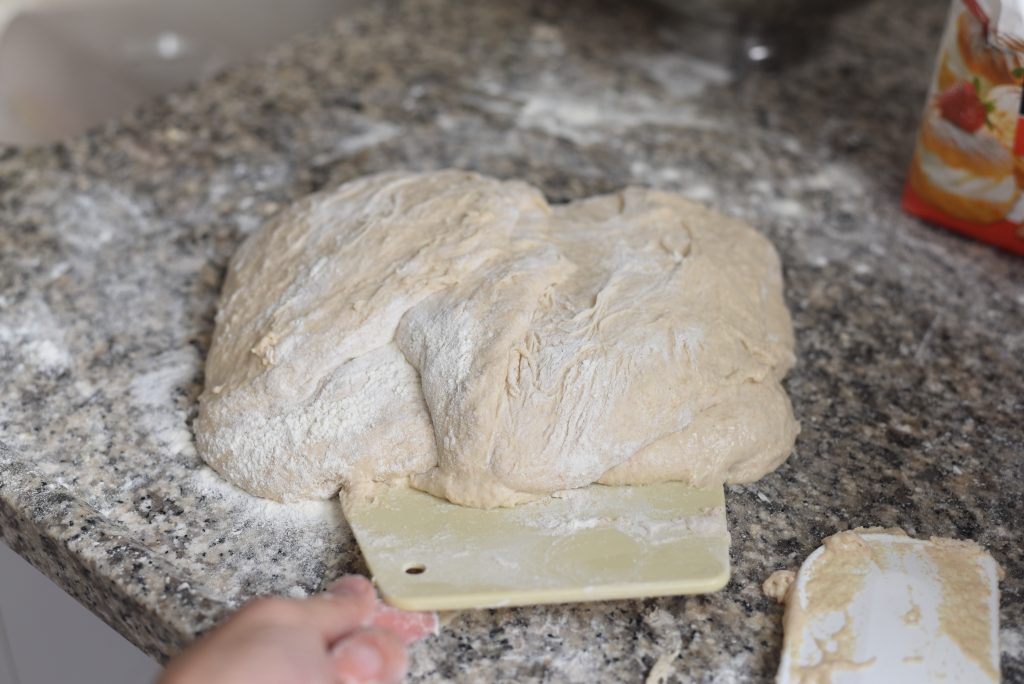 The great Italian bread is not difficult to make although it takes a bit of planning because of the Poolish made a day in advance. The other factor we need to keep in mind is that the dough is super sticky and wet, so beginner bakers might want to add flour to the dough, it’s OK to add a bit of flour just to make the dough workable on our working surface but at no point we want the ciabatta dough to be in a tough texture, so if this is your first ciabatta just take your time and give the dough minimum handling, it will turn out amazing. 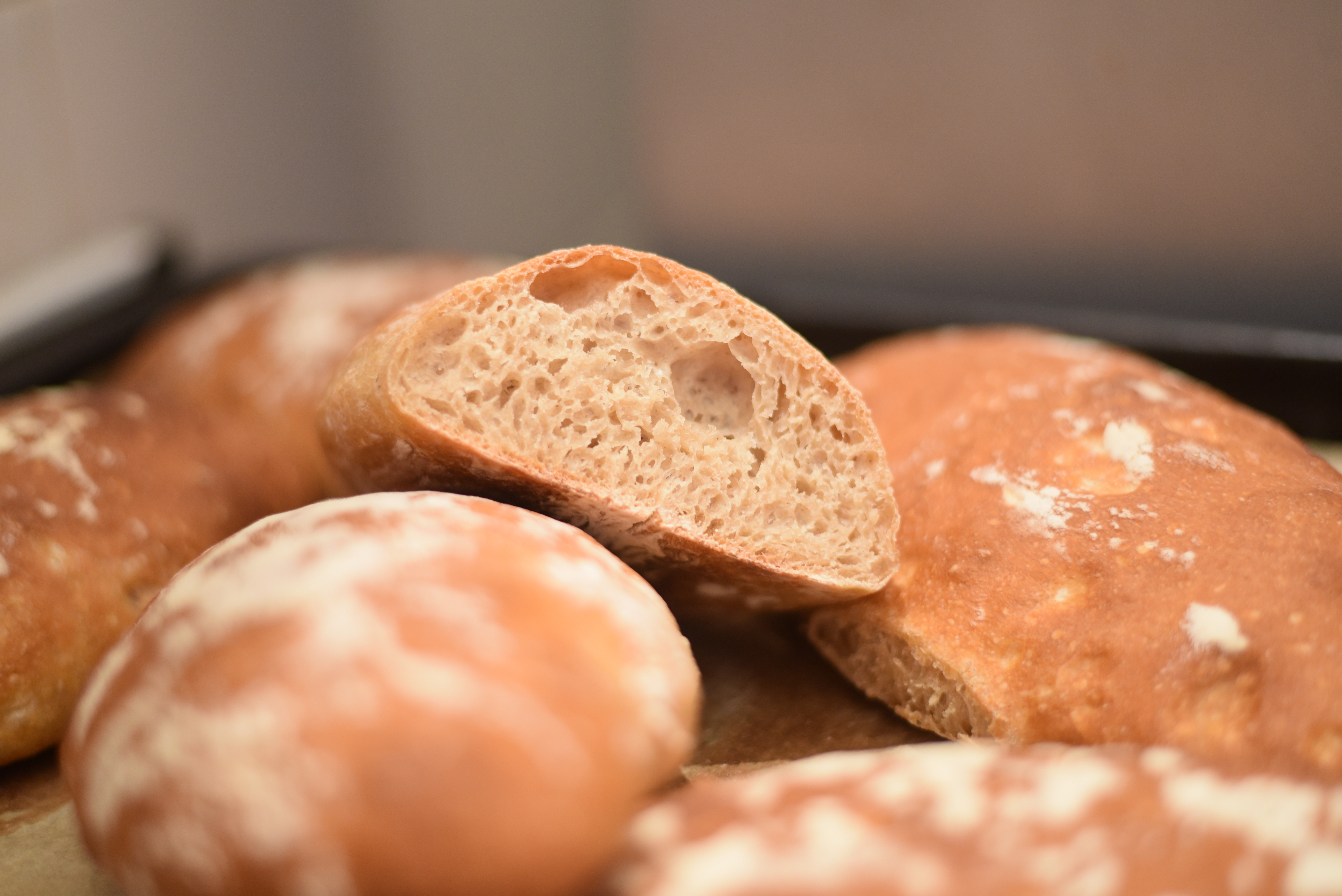 1
Make the Poolish by dispersing the yeast in the water and adding the flour.
Mix well and keep Poolish in a cool place on the counter for 12-16 hours. 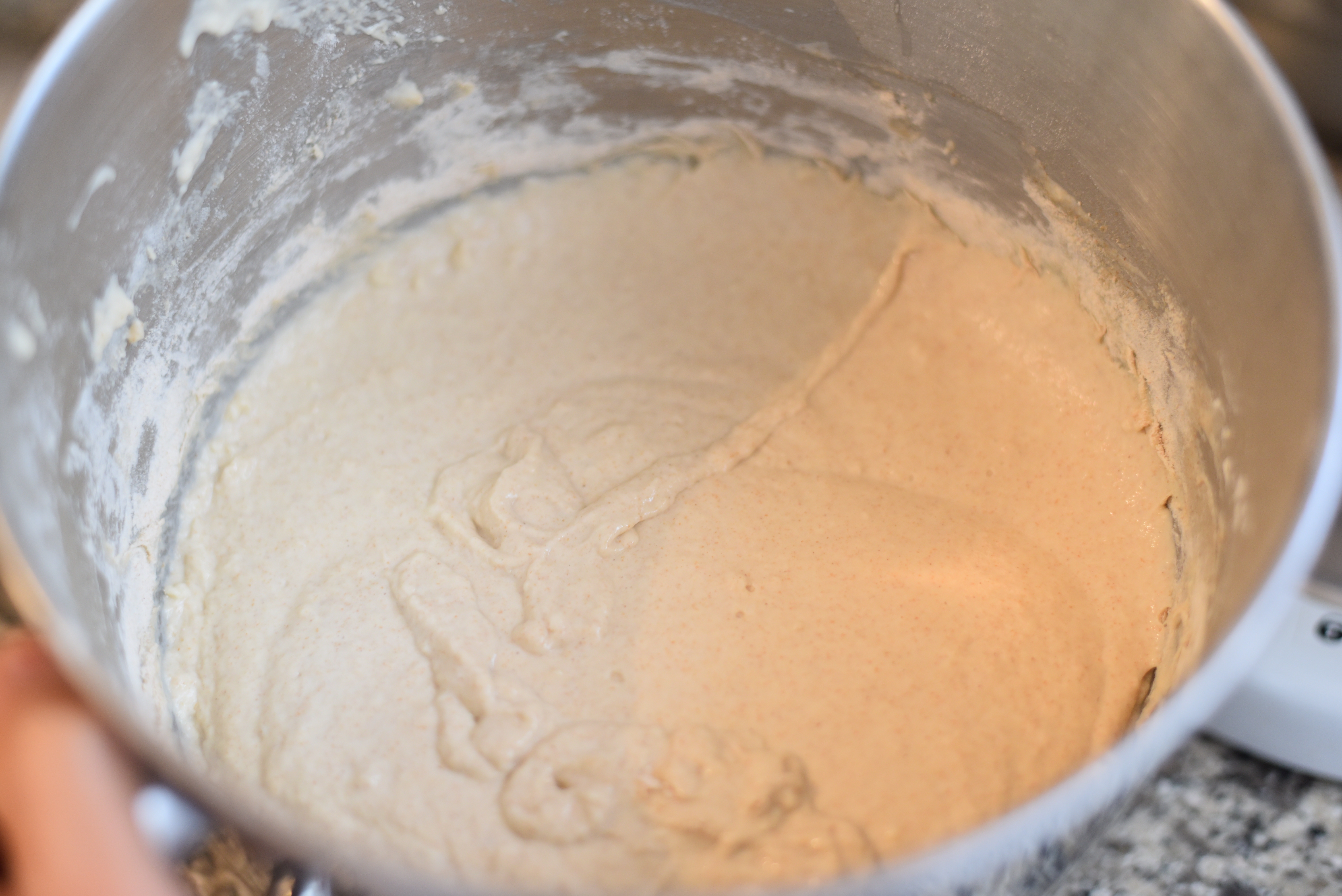 2
In a stand mixer bowl fitted with the hook attachment, add all the dough ingredients including the Poolish and mix on low speed for 3 minutes.
After the dough had been incorporated, fix the hydration level by adding water or flour and mix for 5 more minutes on medium-low speed.
The dough will be sticky and flexible but the mixing will develop the gluten in it.
3
Bulk fermentation : 3 hours.
fold the dough once after 1 hour and again after 2 hours, this will build the strength in the dough.
I use a spatula or dough scraper for the folding since the dough is very flexible. 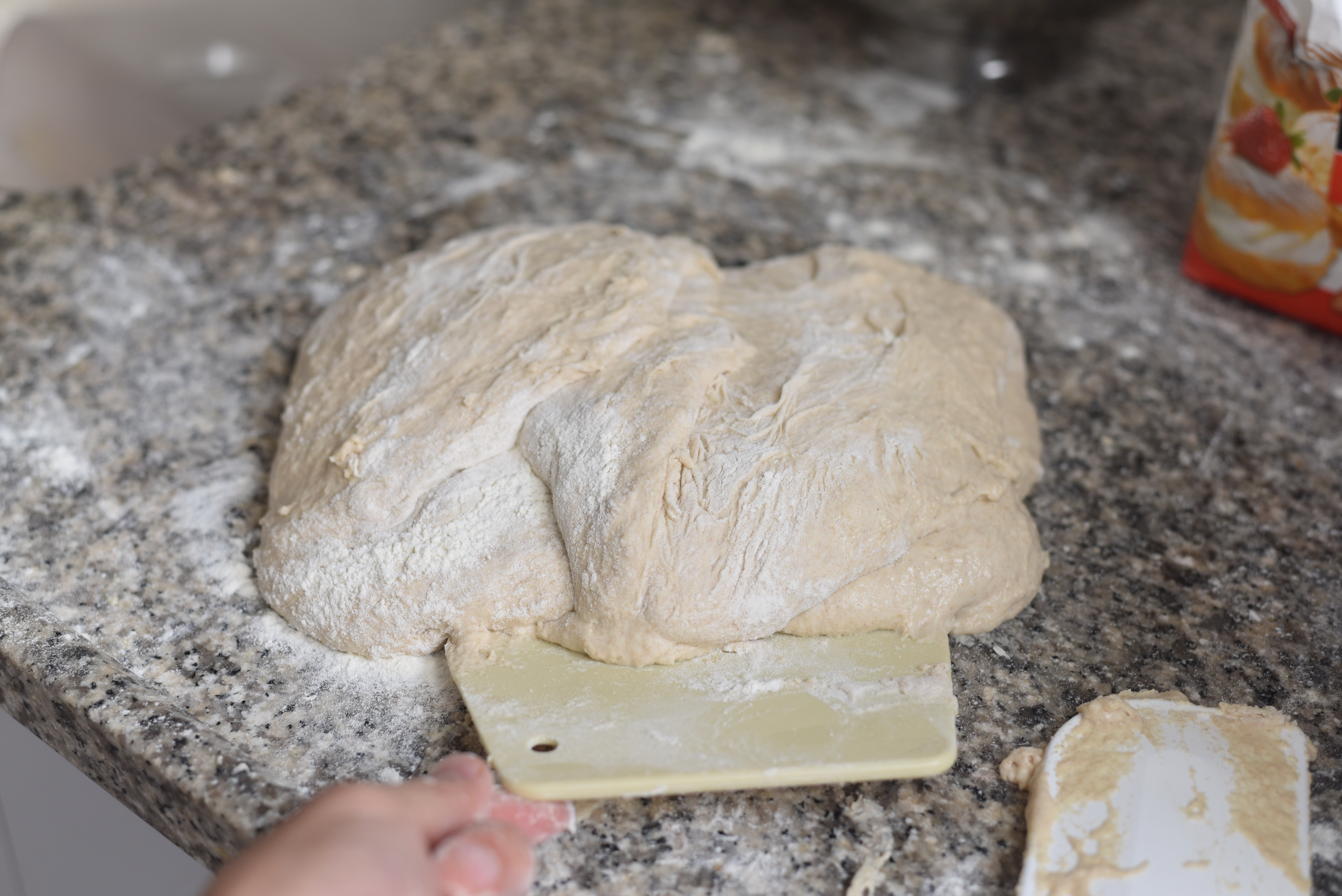 4
Flour the work surface.
Cut the dough lengthwise and divide the dough crosswise into 3 equal parts making a total of 6 ciabatta loaves.
Shape the dough gently into a rectangle with a minimum handling, do not fold the dough, we don’t want to burst the air bubbles in the dough. 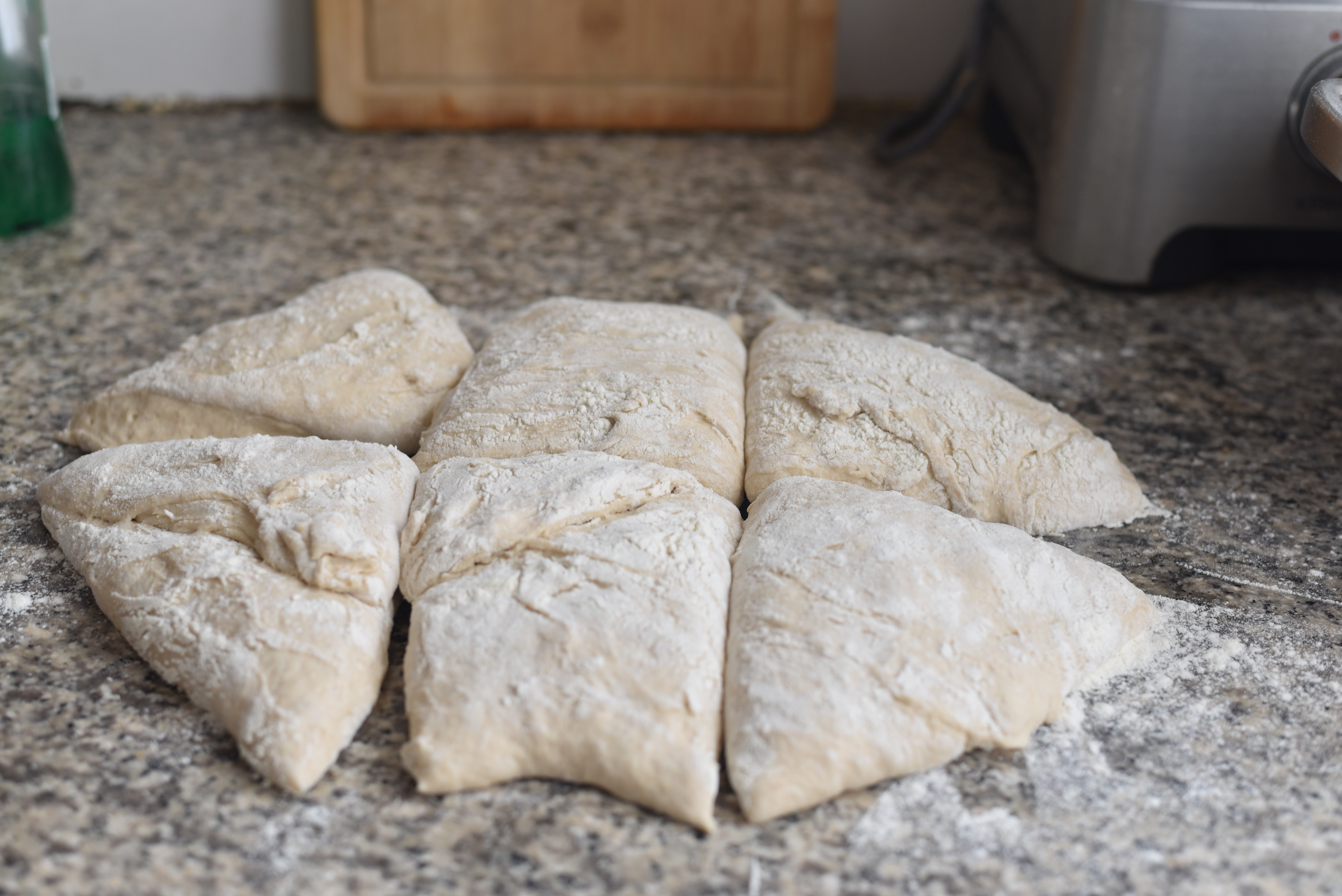 5
Gently pick up the dough and place it on a baking pan, 3 loaves per baking pan, I use a spatula to lift the loaves being careful not to tear the ciabatta loaves.
Final fermentation 1-2 hours 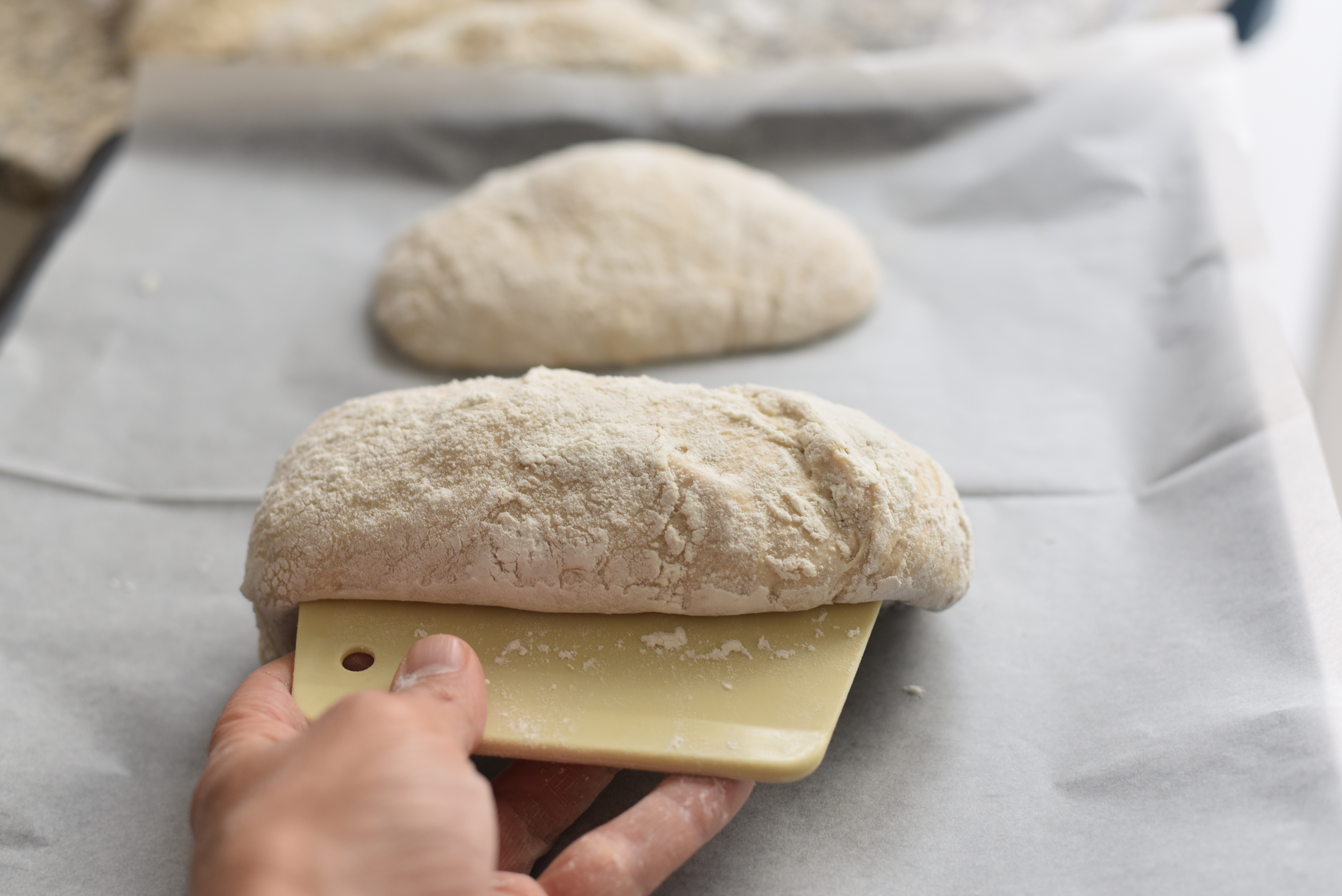 6
Baking: Preheat the oven to 230°c/ 460°F.
Throw a few ice cubes just before inserting the ciabatta loaves (1 pan at a time) and bake for about 32-36 minutes.
If the bread caught extra color on early stages of the baking reduce the heat by 10°c/20°F. 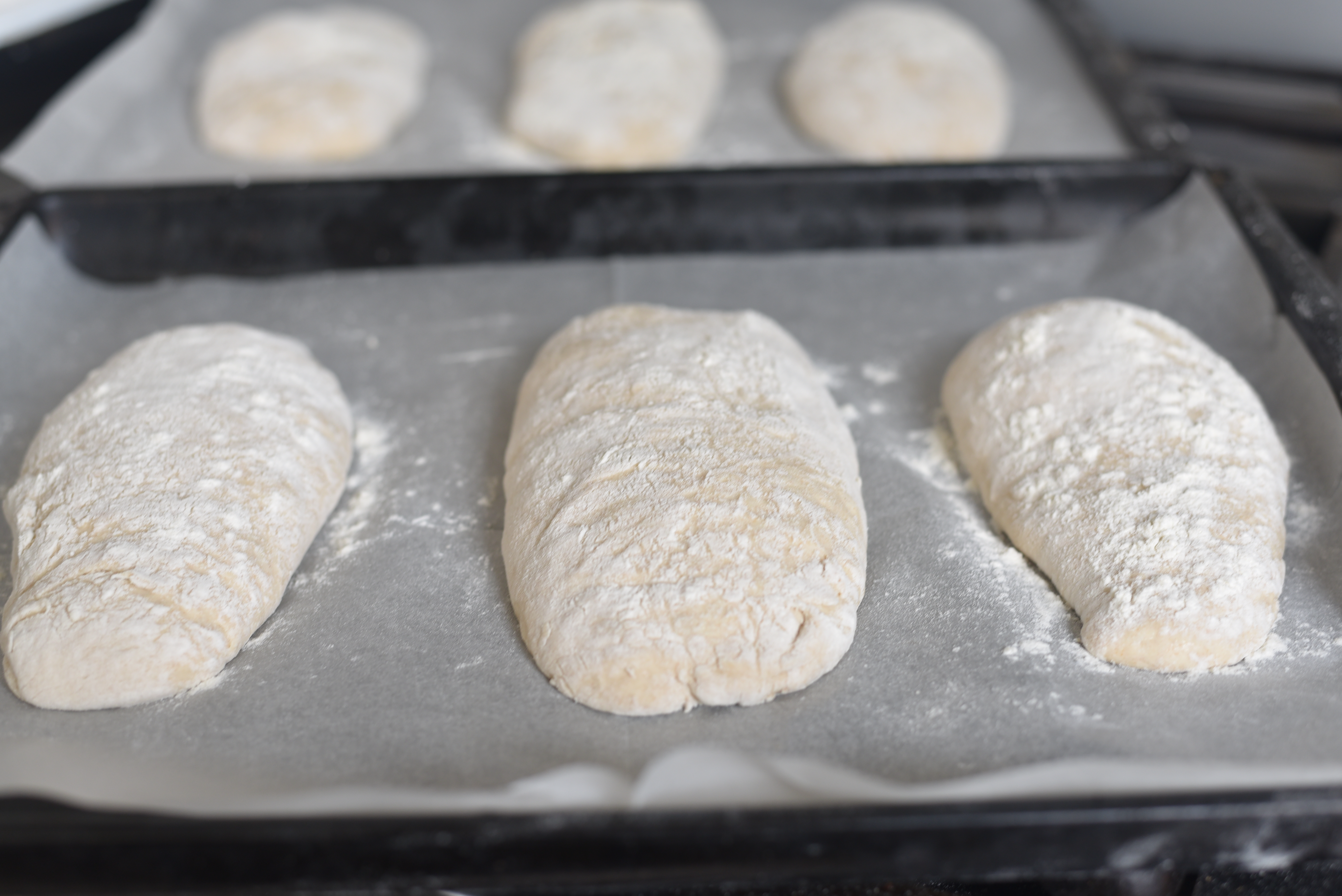 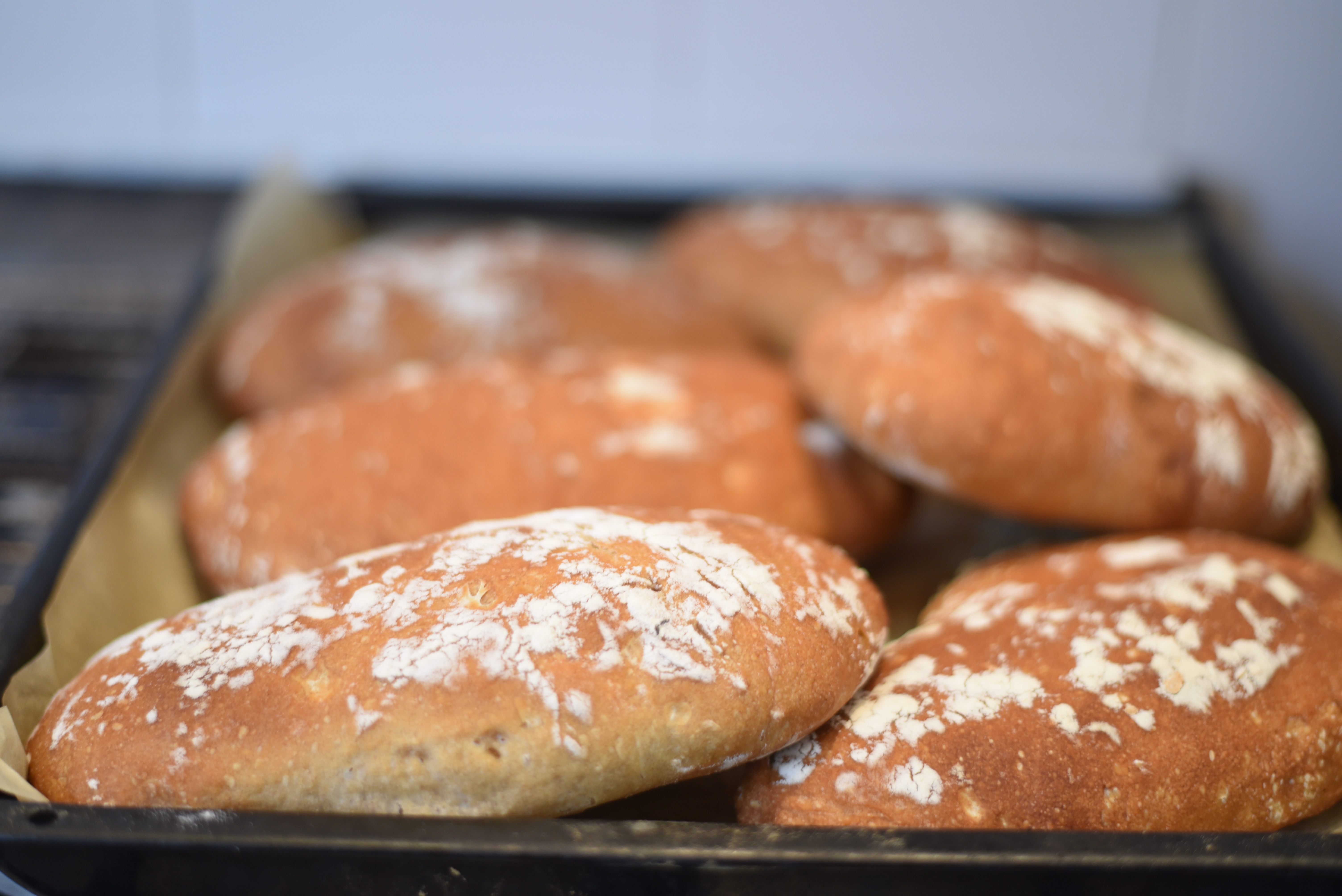 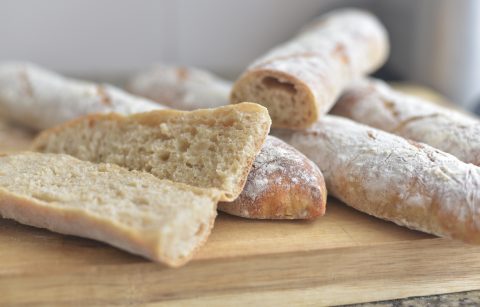 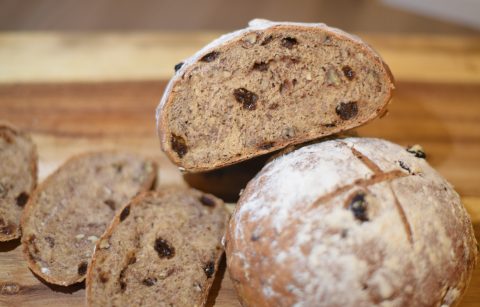 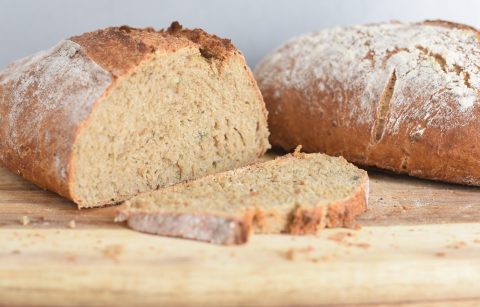